A Brief Summary of Orientalism by Edward W. Said Edward Said is an internationally-known literary and cultural critic. He is most famous for his book ‘Orientalism’ (1978). In this book, he discusses that the historical and long-term distortion of the East, even of the method of looking, so thoroughly permeated Western thinking, writing, and importantly, academic enterprise that it resulted in “Cultural Colonization”, providing Western justification for the political, military and cultural actions in the East. Here is a brief summary of Orientalism by Edward Said.

‘Orientalism is the academic study, or acquisition of knowledge, of the Orient, with a pedigree going back at least to the fourteenth century as people from the West traveled and sought to understand the Orient. Primarily for Said, this means Europeans travelling to the Middle East. Generation after generation of Europeans, and more lately those from the USA, travelled to ‘the Orient’ to study and know it better.

A Complex Relation Between Power and Knowledge

Following Michel Foucault, Said writes about a complex relation between knowledge and power. Knowledge of the Orient compels ‘Orientalists’ (those whose profession is to study the ‘Orient’) to seek power and domination over the Orient, especially through colonial rule. For example, the British justified colonial rule in Egypt by saying that they ‘knew’ Egypt, they knew about its history, its society, and therefore what it needed at that point in its development.

Evaluating whether Orientalist analysis is right is, therefore, more important than for the average academic pursuit because of the way in which its conclusions carry over into the world outside. It is important to ask whether power, colonialism in its extreme form, has been exercised over a certain area of the world because of suspect theory.

Said’s answer to the question is that it has. Orientalism is a fallacy that is created and sustained by unquestioning repetition over a long period of time. It divides and categorizes the world and parts of it into neat compartments for systematic analysis. But Said worries that this is not a genuine quest for understanding. Europeans had always feared the Orient. So, the systematization of knowledge of the Orient is an intellectual means by which people transform it from something unknown and, therefore, threatening into something known and therefore tame. The Orient of the Orientalists is a romanticized figment of their imaginations, squeezed into easily-understandable frameworks.

Examples of Orientalism by Edward Said

Westerners, for example, could not properly understand Islam since it was not their religion. So, they saw it as an Eastern equivalent of Christianity. They made simple parallels between the two, such as the equation of Muhammad with Christ. It was a false notion because Muhammad did not make similar claims to those made by Jesus. Moreover, since they saw the two religions as equivalents, in the Orientalists’ mind, Islam necessarily became inferior. This is because it could not be true, in the way that Christianity self-evidently was to them. This is a microcosm of the entire study of the Orient. In comparison to the West, it was at best inferior, at worst plain wrong.

Over time, Orientalist study came to have great authority. Partly this was because it seemed to work. People went to the Orient armed with the latest studies, and their findings appeared corroborated by experience. But it was also because, in the face of Western power, Oriental people were silent and could not counter it. Instead the work of the Orientalist was repeated over and over establishing a unified narrative. It was a definitive account of the truth, which went unchallenged. Orientalists did not challenge it because they had no interest in challenging it. Moreover, it was also not challenged by Orientals, because they were powerless to do so. So, instead of Western knowledge becoming more and more refined, only Western ignorance and prejudice became so. Edward Said in Orientalism further says that he is not against the study of one culture by another, but worries instead about the power relationship between the student and the studied. Moreover, he also worries about the method of reduction used by the student. With regard to the power relationship, Said makes a good point, though perhaps takes it too far, and lays the blame too quickly at the feet of the Orientalist. Certainly we should make strenuous efforts to listen to quieter voices, but the lack of genuine voices from the Orient may have more to do with unwillingness of those in the Orient to speak to or write for the West, rather than an unwillingness of the West to listen.

As for Said’s critique of Orientalist methodology, it leaves us wondering whether one can pursue the academic inquiry without falling foul of Said’s watchful eyes. All academic study is in some senses reductive. But this systematic method of study has led to extraordinary advances in human knowledge and understanding.

Edward Said further says that in the West, not all academic and theoretical discourse has to be Orientalist in its intent, yet much of it is. He argues that all cultures have a distinct view of other cultures that may be harmless and exotic to some extent. But it is not of this view that he argues against. When a militarily and economically dominant culture, he says, takes this view against another one, then it can lead to disastrous results.

Edward Said also draws on the historical commentary (both written as well as spoken) by Western figures such as Napoleon Chaucer, Arthur James Balfour, Dante, Byron, Shakespeare, Henry Kissinger, and others. He says that all of them have portrayed the ‘East’ in their writings as ‘other’ and, therefore, ‘inferior.’ He also calls on several European studies of the region by Orientalists. Among these studies include the Bibliotheque Orientale by French author Barthelemy d’Herbelot de Molainville. Through this orientalist study, Said illustrates the depth of Orientalist discourse in European society and in their literary, academic, and political interiors. The most appropriate representation Said gives in this regard is a poem by Victor Hugo titled “Lui” which he wrote for Napoleon: Development and Characteristics of Orientalism

Edward Said in his book also explains the development of orientalism. He further explains how the Orientals began considering the Orientals as ‘other’ and ‘inferior’. He says that instead of the actual facts, it is the imagined constructs that generated the knowledge about the Orient. These constructs imagined the ‘Eastern’ societies as being all fundamentally similar. That is, all sharing crucial characteristics that the ‘Western’ societies don’t possess. Thus, this theoretical and conceptual knowledge set up the East as the opposite of the West. Said goes on to say that it is the literary texts and historical records that construct such knowledge. This is because such texts and records are often limited in terms of their understanding of life in the Middle East.

The concept of ‘ours’ and ‘theirs’ divided the world into two parts. Then, an imaginary geographical line was drawn to describe what was ours and what was theirs. The people of the East were considered uncivilized and uncultured. The westerners called themselves the refined race and suggested that it was their duty to civilize and polish these people. Moreover, in order to achieve their goal, they had to colonize and rule the orients. They further claimed that since the orients themselves were incapable of running their own government, they had to do so.

For the Europeans, the most significant use of orientalism was that they began to define themselves by defining the Orientals. For example, they related such qualities as irrational, lazy, uncivilized, crudeness to the Orientals. Whereas, the Europeans automatically became rational, active, civilized, and sophisticated. Thus, to succeed in their goal, it was obligatory for the orientalists to generalize the Orientals’ culture.

In his book, Said questions the underlying assumptions that are the basis of the foundation of Orientalist thinking. Said suggests the use of ‘narrative’ instead of ‘vision’ in interpreting the geographical landscape, the Orient. It means that a historian and a scholar should not turn to a panoramic view of half of the globe. Rather, they should turn to a focused and complex type of history that allows space for the dynamic variety of human experience. He further clears that the rejection of Orientalist thinking does not necessitate a denial of the differences between ‘the Orient’ and ‘the West’. However, it entails an evolution of such differences in a more critical and objective manner. In Said’s view, the ‘Orient’ can’t be studied in a non-Orientalist manner. Rather, it is necessary for the scholar to study more focused and smaller culturally consistent regions. The Oriental must have a voice, it must speak for itself. The second-hand representation of the Orient, in Said’s view, must take a back seat. Besides, it must give way to the narrative and self-representation on the part of the ‘Oriental.’

Edward Said brings to light the mechanics of how knowledge interacts with power. His views have a particular lasting influence on what is now said and written about the ‘post-colonial’ world. 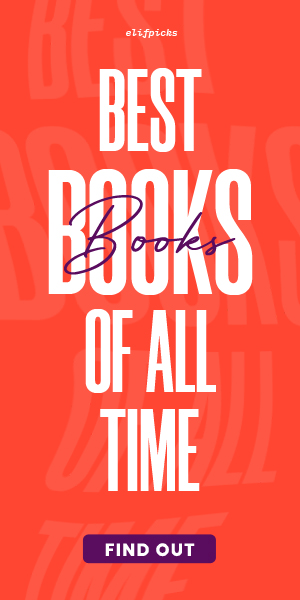